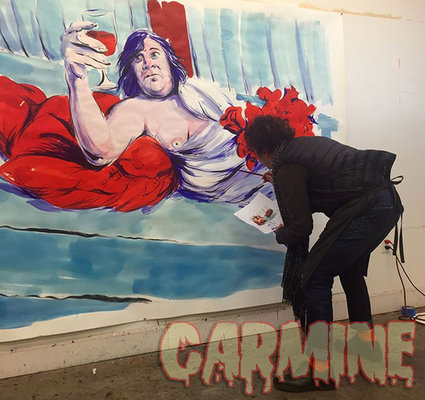 "MuzeuMM is probably the most, well, unique gallery on our list as far as programming goes. In a creative space that opened in 2009 next to Tivetsky Art Restoration in the West Adams district of LA, MuzeuMM offers a number of avant-garde shows, such as its recent “Abstract Never Is,” an exhibition of both contemporary and historical abstract photography in a vibrant collaboration with the Venice Institute of Contemporary Art (ViCA). Founder and director Mishelle Moross mostly focuses on contemporary art, and though the subject matter is often mature, it’s actually a family-friendly and dog-friendly venue known for throwing great parties."

ART DAILY - LOS ANGELES CA. "One thing is clear to all who step into MuzeuMM, a gallery that opened in October 2009 in L.A.’s West Adams district: I’ve stepped into another world."

MuzeuMM is a daring semi-new art gallery that opened in October 2009, in the West Adams neighborhood of Los Angeles, a burgeoning creative enclave located directly between the gallery districts of downtown and Culver City.

MuzeuMM Founder and Director Mishelle Moross whose mother is a St. Petersburg born artist - so that makes her world re-nowned ;) Lena Moross and whose father was a Motown recording artist with the Soviet dissident band Black Russian guides this innovative space. MuzeuMM shares its facility with her other father, Aleksei Tivetsky, the founder of the West coast's most sought-after art restoration and conservation studio; Tivetsky Art Restoration & Conservation INC.

Since its opening, MuzeuMM has shown work by these artists: